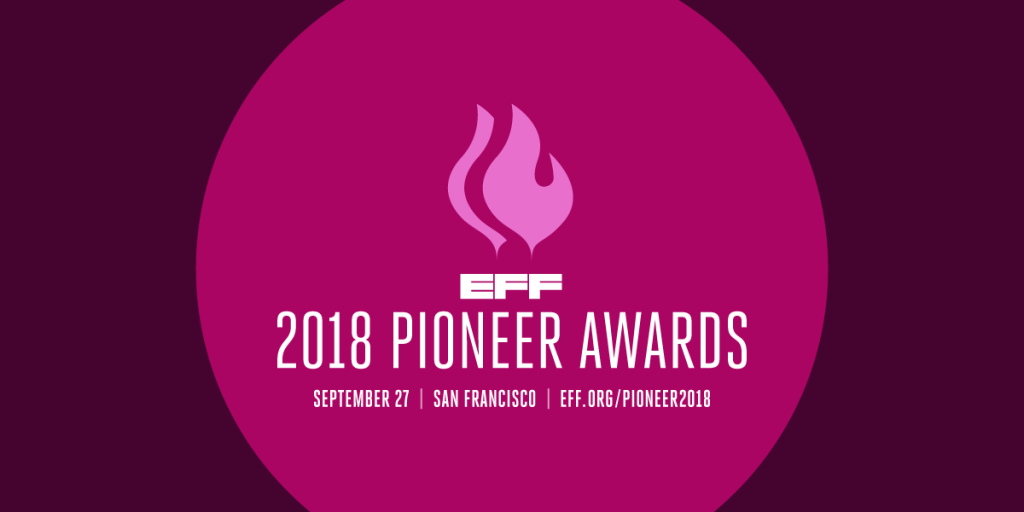 Gandi is excited to sponsor this year’s EFF Pioneer Awards on September 27. The Pioneer Awards are an annual prize given to people who make significant contributions to the empowerment of individuals using computers.

Gandi is proud to be a long-time supporter of the Electronic Frontier Foundation (EFF), an international non-profit devoted to digital rights and civil liberties, fighting against online censorship, patent trolling, digital surveillance, and more threats to our freedoms as internet users.

Every year since 1992, San Francisco-based EFF honors three people or groups with the award and presents them to the winners in a ceremony that includes remarks by the winners and a keynote speaker. At this year’s awards, EFF will be honoring Stephanie Lenz, Joe McNamee, and Sarah T. Roberts.

The keynote speaker at this year’s awards is Daniel Ellsberg and the ceremony will be dedicated to internet visionary, Grateful Dead lyricist, and EFF co-founding John Perry Barlow who passed away February 7 this year and the Pioneer Award will be known going forward as the “Barlow” in recognition of his contributions.

Gandi will be sponsoring this year’s awards along with Anonyme Labs, Dropbox, and Ron Reed. The ceremony will be held on September 27 at 6 p.m. at Delancey Street’s Town Hall Room, 600 The Embarcadero, San Francisco.