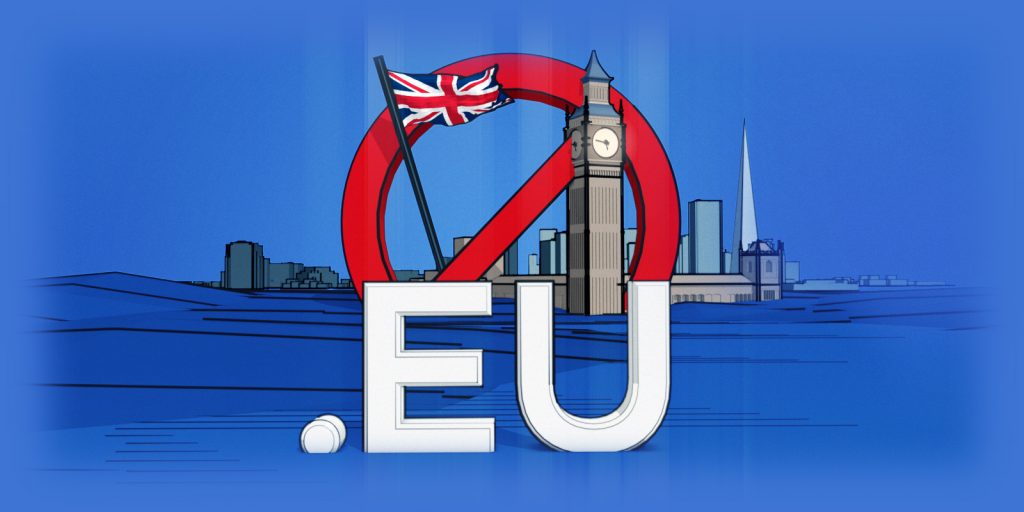 We will keep this page updated with the latest information we have and decisions communicated by EURid, the .eu registry, in connection with Brexit.

Following the publication of the most recent 23 October communiqué by EURid, here is the latest information we have available.

Following recent developments in the UK withdrawal scenario, the entire plan outlined below is on hold. We will keep you informed as soon as we receive further instructions from the European Commission.

On 28 October 2019, the 27 countries of the European Union gave the green light to postpone the date of exit from the United Kingdom until 31 January 2020.

This decision has consequences for the registration of .eu domain names that are reserved for individuals in the EU (European Union) or the EEA (European Economic Area).

If the draft withdrawal agreement is not ratified and, consequently, if the United Kingdom leaves the EU without an agreement by 1 November 2019, persons located in the United Kingdom (and Gibraltar) will no longer be eligible for registration as an EU citizen except natural persons who are EU citizens. Citizenship will be added as an additional eligibility criterion as of 19 October 2019.

For the current domains:

On 24 October and 1 November 2019, a notification will be sent by EURid to holders of .eu domain names who will no longer be eligible as they stand. The latter must comply before 1 January 2020. To do so:

During this period, you will not be able to renewal your .eu domains and domains will be suspended until expiry.

As of 1 January 2020, all non-compliant domains will be suspended.

As of 1 November 2020, all suspended non-compliant domains will be revoked and made available for new registration on a first-come, first-served basis.