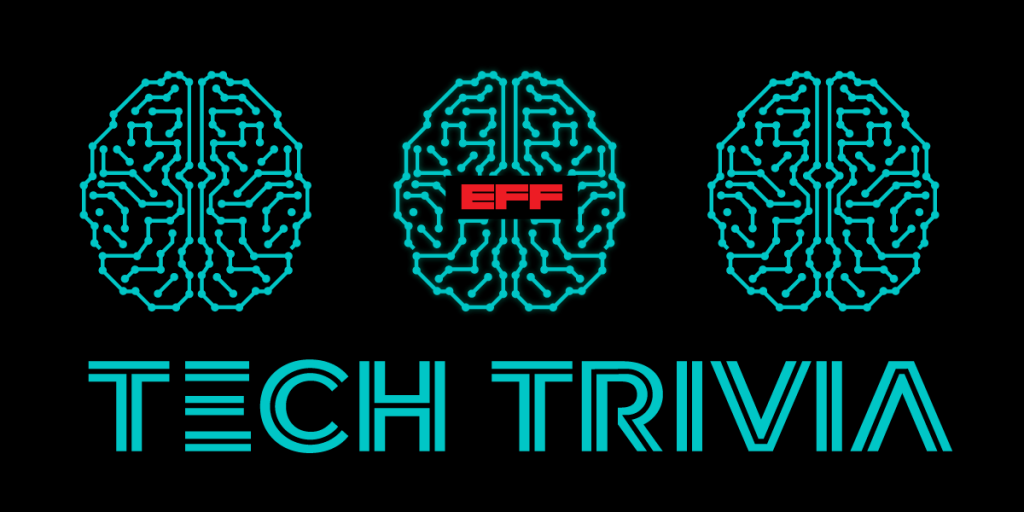 Gandi has long been a supporter of EFF, the Electronic Frontier Foundation, thanks to their incredible work protecting the internet from the overreaches of data mining corporations and authoritarian-minded government agencies and standing up for all of our online rights so that the internet can be the free and open place we want—and need—it to be.

As always, this year’s trivia night was hosted by none other than the Cyber Tiger himself, EFF’s Cooper Quintin and featured a taco bar (with churros), signature cocktails (props to whoever came up with ‘Two-factor inebriation’), and trivia questions that truly plumbed the depths of arcane pop culture and tech knowledge.

As Cooper pointed out, the judges were impervious to the attempted SQL injection attack in our team name, “and in first place,” and unable to exploit our way to the winning position, we had to settle for answering questions correctly.

In the end, we came in seventh place.

Thanks EFF for hosting! It was our pleasure to participate.

Here were some of our favorite questions:

and the tie-breaker question that determined the third place winners:

Who can answer all three correctly (without cheating)?