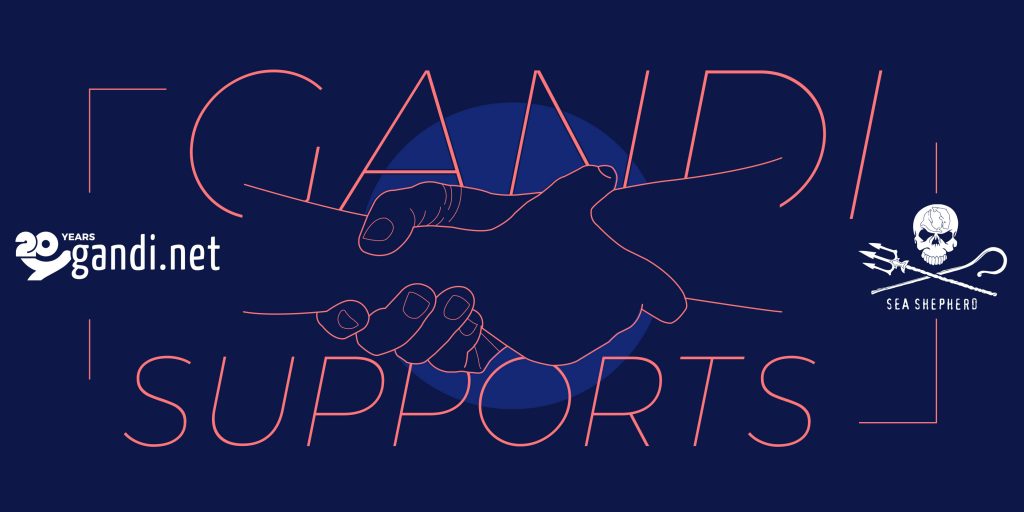 The ocean, even above forests, is the top producer of oxygen in the world. Unfortunately this tremendous resource gets weaker a little bit each day, due to poachers, polluters, and other destroyers of marine life. That’s why Sea Shepherd, a Gandi-supported project, fights to protect this fragile biodiveristy.

On the occasion of our 20th anniversary, we’re giving supported projects center stage because they’ll be the beneficiaries of our t-shirt design contest. To create your design there’s no need to be a designer—our design software lets you create your own t-shirt design with design elements, colors, and symbols ready to be used. It’s our #PrintMyGandi contest!

Our top 3 winners will get 10 editions of their design printed for them and we’ll print 500 copies of each for sale from our website, with profits going to the Gandi-suppoted project of their choice.

The first place winner will also win a smartphone, specifically, a Fairphone, the ethical phone that cares about the Earth and the well-being of its inhabitants.

Who is Sea Shepherd?

Since 1977, Sea Shepherd has been fighting against the destruction of marine life, to protect ecosystems as well as the species within them. Whether that means fighting against overfishing in the Feroe Islands, defending sea turtles in Mayotte, or combating industrial fishing on a global scale, this international non-profit takes action around the world to assure the survival of the ocean’s delicate biodiversity.

Sea Shepherd doesn’t engage in pretty speeches and polite disagreements. Their method takes a more active approach, instead taking active, peaceful interventions against illegal practices that threaten biodiversity and marine ecosystems. They also make themselves the spokespersons for nature, since they reveal to the wider public violations and abusive, unethical behaviors that jeopardize marine life and marine ecosystems by alerting the media and informing public opinion. Sea Shepherd also makes concrete interventions in raising public awareness, going from meeting new members via festivals and academic conferences, and by organizing their own conferences, expositions, publications, film production, etc.

To illustrate their militantism, they live by the Victor Hugo quote:

“The moment comes when protest is not enough; reason must give way to action.”

Through these concrete actions, we can witness daily that we’re surrounded by their activism. They’re the ones, for example, who fish the scooters out of the Seine, the Saône, the Loire, and the Mediterranean. They’re the ones mobilizing against the fishing industry who are slaughtering marine mammal species. They’re the ones launching global campaigns to reduce and clean marine garbage in the oceans and along the coasts. For these among other reasons, Gandi supports Sea Shephred France and Switzerland. This support translates especially in free hosting as well as two domain names—seashepherd.ong and seashepherd.ngo.

It’s important to act before it’s too late to save the ocean, the top producer of oxygen on Earth. To support Sea Shepherd, create your Gandi 20th anniversary t-shirt design and share it on Twitter using hte hashtag #PrintMyGandi. You can participate until April 3!

You can also support Sea Shepherd when you make a donation on their website.

AMAP Montrouge provides a citizen-based template to support local production, all while maintaining independence. Learn more about Gandi’s support for this organization which provides equitable, local agriculture for the common good. 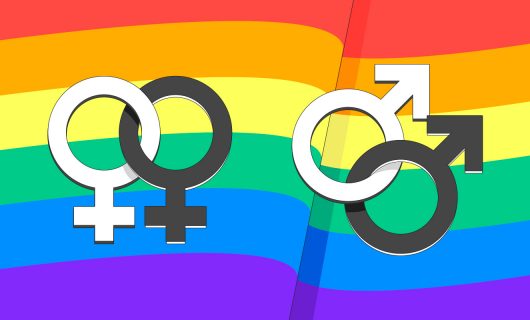 The LGBTQ+ community can register .gay domain names and gain a safe space online that helps finance organizations fighting for their rights.