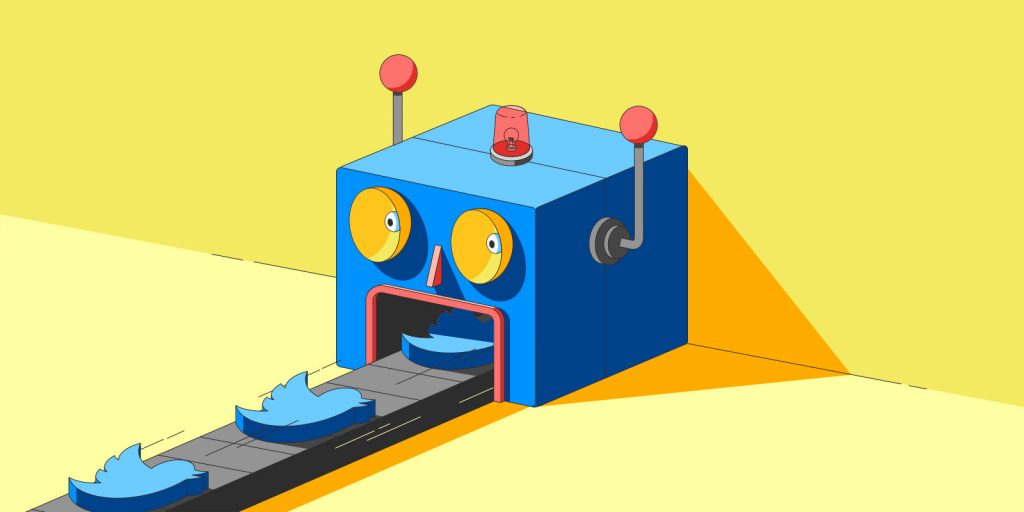 As Twitter has become part of the digital and media landscape, we’ve discovered just how time consuming and even restrictive this social media platform can be. It’s tempting to turn to some form of automation, and we would gladly send a bot to meander through Twitter on our behalf. That’s how apps like threadreaderapp and blockpartyapp have become available. These solutions, as you might imagine would be necessary in order to pull the best from Twitter, all use the platform’s API. In this article, then, we’ll be going over, in detail, all the steps required for creating a Twitter bot in Python.

To best understand the way that this Twitter bot works, we’ll go step by step. We’ll first look at making requests to the Twitter API in a timely fashion in order to cull information from a particular tweet. Then we’ll look at collecting this type of information on multiple tweets using a filter. And then we’ll automate actions to perform on these tweets, in particlar, sending them in an email or replying to them.

In order to make a program work automatically using the Twitter API, there are a few basic requirements:

The goal of this first contact with the API will be to recover information about a particular tweet without opening Twitter. For that, we will indicate the tweet ID of the tweet (if you’re wondering how to get this, click on a tweet in your web browser and look at the part after status in the URL; the numerical value after that is the tweet ID), log in, and request different information from the API, with each corresponding to a particular “endpoint.” The list of references to this “endpoints” is available in the API documentation.

By default, the program gives the author and the text of the tweet. We’re going to use the library requests to make HTTP calls and pprint to display (“pretty-print” as it explains in the documentation) the resulting json file:

You’ll probably notice that the data found in the data section for each object represents a single tweet. Here we’ve selected just one. To display more information about this tweet, in addition to its author and the text of the tweet, we’ll need to use the additional request field tweet.fields. This will be the same as with other types of objects, if you want to get more information about a user, you’ll need to configure the field user.fields.

Let’s return to our example and say we’ll also display the creation date of the tweet ID of the author.

Now let’s really get into it—let’s look at how to observe specific events that take place on Twitter and execute some action in response. Let’s first search for recent tweets that meet our search criteria.

This filter accepts a certain number of characters (512 if you’re just beginning and have access to the “Essential” type) and enables you to combine it with certain Boolean keywords and criteria like the “from” account (which sent the tweet), the “to” account (which the Tweet was sent to, if applicable), information about the content, images, links, etc. (“has”) or other contextual elements about the nature of the tweet or its author (“is:retweet,” “is:verified,” etc.). The complete list of filters lets you see the possibilities of this tool

For our example, we propose to search for Gandi promos on domain names. We would use the following request:

From this you can intuitively understand what the request is doing, but to summarize, we’re searching for:

Here, the route that interests us enables us to search for tweets in the past 7 days. We can continue to work with the requests library, but it will be difficult to analyze the results, manage the number of pages, etc., which is why we will use a specialized library for the Twitter API named tweepy. We’ll use the class tweepy.Client to manipulate Twitter’s API v2 endpoints. To better understand the relationship between this class’s methods and API endpoints, please see this page. In our case, the method that we’re interested in is search_recent_tweets.

A few points on this:

We’ll also mention here, without getting too into it, that another way to use the route of recent tweets is polling, which sort of a real time mode. The idea is to search all tweets corresponding to a filter, but not just in the past, but starting from a particular tweet. This requires having a particular (recent) tweet that already meets our criteria and to iterate from there.

Getting a filtered stream

One possible method for searching tweets in real time is with a filtered stream. The documentation for this can be found here. It includes 3 endpoints to exploit:

Unlike the previous endpoint, you  can add several filter rules, the number dependin on the type of access that you have.

The idea here is simple, you add on or more filter rules and search recent tweets related to these filters. If a single rule matches for that tweet, it will be returned. To manipulate these endpoints with tweepy, we’ll use the class tweepy.StreamingClient.

To add, read, and remove filters, you can write:

Note: You can move the argument dry_run=True to the add_rules and delete_rules methods to test the request and verify that its correct without really executing it on the server side.

Note: When defining multiple rules, it’s recommended to associate a tag to remind you what the filter does. A filter can be quite complex to read 🙂

Once we have created our rules, the only thing left to do is call the endpoint that makes it possible to list tweets. Normally the method to use is listen except if you call it in state, you won’t see anything since by default StreamingClient doesn’t do anything with the tweets it collects. You need to import from the class and preload some of these methods.

Now that we know how to talk to the API and make specific requests of it, it’s time to put our bot to work and have it do specific, concrete tasks.

First, let’s take a look at how to send an email with an attachment of different tweets resulting from a search for promos every Monday morning at 9:00 AM, with results from the previous week.

We’ll use the following python libraries:

Here is the resulting code that we will comment below:

In order to do the second application we promised at the beginning of this article, we’ll need to learn how to create a tweet using the API. Unfortunately, we can no onger use the bearer token as with the previous routes. We need an access token with specific rights. If we look at the documentation of the route in question, we will need the permissions tweet:read, tweet:write, and users:read. The workflow for getting a token is defined here. I will however show you how to proceed with tweepy. You’ll need an API, or more precisely, a forwarding URL to use the technical term. This URL will be used to send a code, required to obtain the access token. In this URL, two pieces of information will be sent as request parameters:

Here’s an example of a fastapi that you can implement for the forwarding URL.

Once this is done, you’ll need to go back to the developer portal, to the level of your project, and click on the section “User authentication settings.” You can skip the first “App permissions” part that has to do with oauth1 which we do not use. On the second part “Type of App,” be sure to choose “Web app, Automated App, or bot.” In the part “App info,” enter the URL that corresponds to your server. You should also enter a personal URL (you can put whatever you want here since it’s linked to you) and whatever other optional information you want to include. Once this is done, you’ll get a client_id and a client_secret, which are necessary for oauth2 authentication. Keep these in a safe place. We will use them in the upcoming  CLIENT_ID and CLIENT_SECRET environment scripts which will need to have these values. As for the workflow for getting an access token with tweepy, it works like this:

1. Use the class tweepy.OAuth2UserHandler, entering all the necessary information

You’ll notice for the argument scope that we added the permission offline.access. This allows us to refresh the access token without having to intervene manually (we’ll explain later). Once you have the authorization URL, copy it in the URL bar of your favorite browser and go to it (by hitting Enter, for example). You will then be asked to authorize your bot to have access to your account. Once this is done, you will be redirected to the URL that you defined as the forwarding URL.

2. Copy the forwarding URL in your browser that should contain the code that was attributed to you, and use an OAuth2UserHandler method to retrieve the access token.

3. Once that’s done, you can re-use the tweepy client as usual, except that instead of the bearer token, you’ll use the access token.

The user_auth=False part is important, otherwise tweepy will try to authenticate with oauth1 and the request will fail. It’s a little strange as an API, but this is the legacy of the old API. It’s important to know that an access token is valid for two hours. And even with that, some of you might wonder if you’ll have to manually repeat the operation in the browser … That’s not very automated, is it? Remember the permission offline.access that we used at the beginning to get an authorization URL? This will help us now to refresh our token before it expires. In fact, at the same time that we retrieved our access token, our permissions also allowed us to retrieve a refresh token. This token is what’s use to refresh and it’s kept internally by tweepy. Here’s how you would proceed to refresh the access token with tweepy:

We need to send the URL to refresh a token. If you’re wondering where we found this URL, it’s available on this page under the section “Step 5…” If you have a refresh_token that you obtained other than through tweepy, you can send it using the argument refresh_token. In token_info, we have a set of information, including the access token and the new refresh token (here again, saved by tweepy for another use). We can, then, insert a new client with a new access token without having to intervene manually. For automating all that, we can use apscheduler which we already know so well. An example of code that you could write:

Here, we’re using the trigger interval to refresh the token after an hour and 55 minutes, since a token lasts two hours.

Now we’re getting to the funny part. We’ll take the last example which appeared in the console and reply with the “sht up and take my money” meme.

Mission accomplished. It wsa long, but admit it—it was worth it. 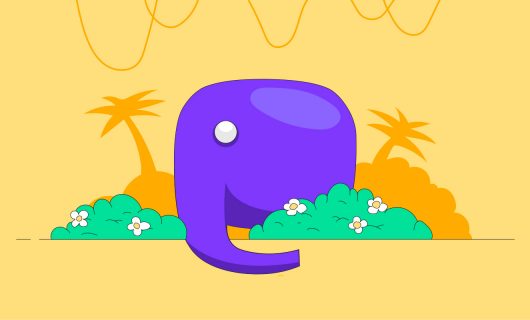 How to join Mastodon and the Fediverse using Gandi Hosting offer

Everything you need to know about how Mastodon works and how to join the Fediverse using GandiCloud VPS.