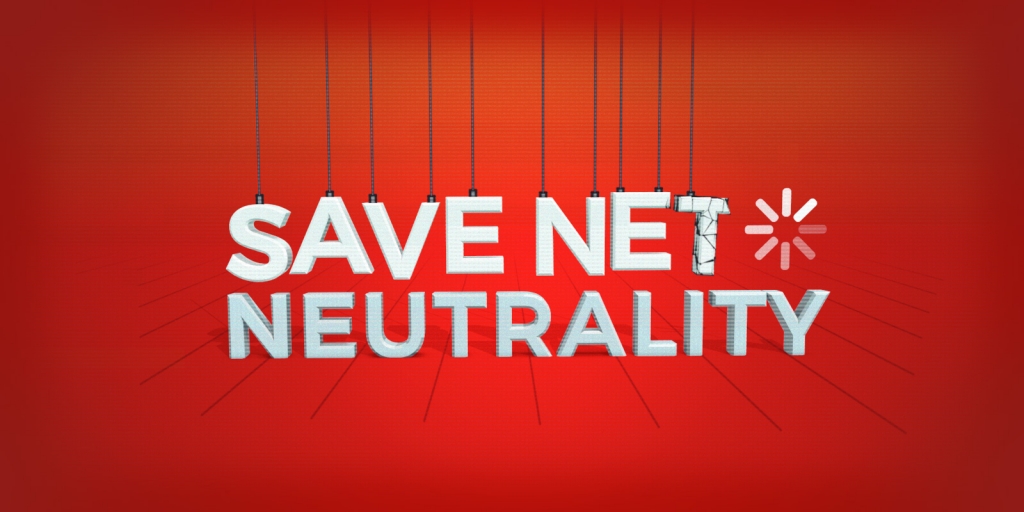 The FCC is considering reclassifying broadband internet in a way that jeopardizes net neutrality. Today is the Battle for the Net Day of Action against that proposal and Gandi is participating because we think the internet should be free and open.

Gandi’s primary mission is providing our domain name management and hosting platforms in a way that levels fairly and honestly with our customers. While we have our commitments and stand by them, Gandi is not an activist company. We prefer to speak more loudly by what we do and how we do it than making proclamations.

That said, we’ve found occasion over the years to stand up and say something beyond the general scope of our slogan. One of those issues is net neutrality.

What is net neutrality?

In case you’ve missed the debate or just not gotten a full handle on it yet, net neutrality is essentially the idea of “non-discrimination” in providing basic internet service.

But as an issue in the US context, the term net neutrality is shorthand for the regulatory framework used by the FCC to keep ISPs from leveraging their power as providers to treat certain content, applications, or protocols differently. It plays into the concept of an “open internet.”

In 2005, the FCC published its “four freedoms” policy statement. The four freedoms were that consumers have the right to:

In 2009, FCC commissioner Julius Genachowski added 5. Nondiscrimination and 6. Transparency to those basic freedoms.

You probably remember that in 2014 the FCC opened up a net neutrality proposal for public comment. That was in response to a January 2014 Federal appeals court decision that said the FCC didn’t have the authority to enforce all the open internet principles above.

In fact, the FCC and various broadband providers have been spending the better part of a decade going back and forth on this issue. Here’s an abbreviated timeline:

It goes back mostly to 2008 when Comcast got caught slowing down traffic on the P2P BitTorrent network by using TCP reset packets to disrupt certain connections made by applications using the P2P protocol and then telling customers complaining of slow traffic that the problem was either with the their internet connection or the application.

The FCC, citing the open internet policy (specifically the transparency and non-discrimination principles), made Comcast stop discriminating against P2P traffic and come clean to its customers about what they were doing.

Comcast challenged the FCC and won in court, so the FCC tweaked the open internet rules to suit the legal argument. Then in 2014 Verizon won in appeals in Verizon v. FCC. The court ruled that because the FCC had classified broadband internet as a Title I “information service” and that the FCC could only enforce the open internet if it was considered a Title II “telecommunications service”. Not surprisingly, then, the FCC shortly thereafter created a proposal to do just that.

So what’s this proposal about?

This time around, the new FCC head Ajit Pai wants to go back to classifying broadband service under Title I. In case we lost you in the legal history outlined above, that means that thanks to the court history since they were first introduced, the FCC would be giving up its authority to enforce its own open internet policy.

Pai’s argument is that investment in broadband internet is being stifled by the Title II classification and reclassifying will help ISPs compete for investment funds.

What kinds of investment are ISPs missing out on?

That’s open to speculation. One possibility would be advertisers paying to “sponsor” faster load times for sponsored content.

It’s hard to tell exactly what, if anything in particular, they have in mind.

The bottom line is it’s the non-discrimination principle that is at risk with reclassifying broadband internet under Title I.

What’s at stake then

The example of “fast lanes” or “slow lanes” has often been cited to explain the stakes of this debate, but this example obfuscates the problem. The issue is more fundamental than that.

The simple fact is that ISPs should not be able to treat data differently based on characteristics of the data like its application, its source IP address, the domain name, or TCP port. Discriminating on those criteria has a negative impact on the wider internet outside of the ISP’s network. This is the same type of discrimination that certain countries impose on their citizens in order to censor the content they can see or the applications they can use.

That internet users should be confident that the data they are sending and receiving is not subject to such discrimination is fundamental to an open internet, and the courts have been clear that the FCC only has the authority to act against violations of this principle if they classify broadband internet under Title II.

So what can we do?

ISPs have been forwarding the argument that the Title II legislation is old-fashioned and from another era. And they’re right on that point. Since the open internet policy was first released by the FCC in 2005 there has been more than a decade of litigation trying to figure out what Congress does or does not let the FCC do. In an ideal world, Congress would write the principle of non-discrimination of data into law. But as the “series of tubes” meme proved, you can’t expect too much from Congress when it comes to understanding the relevant issues in this debate.

In 2014, the FCC made the right move by classifying broadband internet as a Title II “common carrier.” Chairman Pai and large ISPs want to change that. The FCC is considering changing the classification and they’ve opened Pai’s proposal up for comment.

In 2014 the massive support for Title II classification overwhelmed the FCC and saved the internet. Now it’s time to do it again.

That’s why Gandi is participating in Fight for the Future’s July 12 day of action in the Battle for the Net.