Women in tech: on the road to digital diversity! 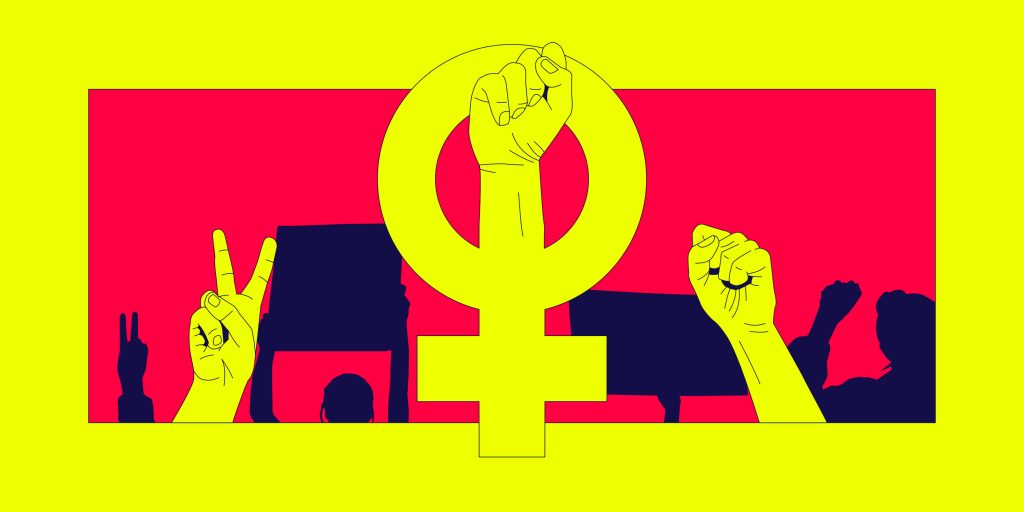 Every year on March 8, the world celebrates International Women’s Day.

For the occasion, Gandi would like to highlight the women who make our business and industry successful and we’ve gathered interviews of three women at Gandi.

Women at Gandi, our great pride

Their names are Sophia, Maha, and Chrystelle and they each play a valuable role in Gandi’s tech teams, though they wouldn’t generally allow themselves to be the subject of a post like this. Because for them, Gandi treats them no differently than anyone else. But that doesn’t make the discussion any less interesting, since they still have plenty to say about their occupation and their relationship to gender equality in tech professions. Get to know them:

What brought you to your current role?

Chrystelle: I changed course along the way. It’s a feeling I had. From when I was very little, I was the one who took care of “things” in the family: updating the computer, fixing the printer that stopped working, installing new software. But it’s true that in high school, the teachers and career guidance centers put a label on us according to compartmentalized categories: you’re either a scientist or a creative, in short. Over the course of my college years, I was able to see more things. After taking a chemistry course, I was converted. What I mean is that being a woman—or a man for that matter—is no obstacle to changing your path at any point in life. I would have liked to see a a wider range of job options during my career orientation experiences.

Have you ever felt discriminated against during hiring because you’re a woman?

Maha: I have one job offer in mind where I realized that I was a diversity hire, which was almost as frustrating as “classic” discriminaion.

Sophia: This type of discrimination is really in vogue in our industry. You never know if you’re being approached for your skills or for your chromosomes. But discrimination in general still exists. At a previous job, I was faced with a manager who openly expressed his doubts about putting a woman in charge of his team.

What do you think of the current debate about quotas?

Maha: For a long time I’d been against them, because I was under the impression that they were an admission of failure. As though we needed a law or other obligation so that women could find their place in statistically “masculine” spaces (tech, executive positions). According to a study that was done in a village in India, having women in leadership positions normalized the perception of a role that women had neither access to nor aspired to. In some cases, affirmative action creates a virtuous cycle: “more women” results in “more women” …

Chrystelle: In spite of it all, the world is changing: I think that, in 20 years, there will be as many women as men in our industry. Professional profiles are changing, jobs are shifting, and training programs are filling with women, who will of course be out in the labor market.

Sophia: My fear with quotas and affirmative action is that, if skills are no longer the primary criteria, the skill level could go down in the long term. If a male candidate is better suited than a female candidate, or the inverse, the better-suited one should get the job.

What is your view on the increase of women in tech jobs and the role that Gandi can play?

Sophia: As in many businesses, there is a division of job types by gender. Support roles, for example, have more women than men. It simply reflects the educational system. That can change. If we encourage more diversity in education, there will necessarily be more female candidates for “tech” roles.

Chrystelle: It’s a question of having an open mind. We need to inform young women when they start making their first educational decisions. Middle schoolers and high schoolers actually just need to know that this exists and that they can do it!

Maha: Yes, I agree. The L’Oréal foundation, for example, in 2014 launched a program called “For Women in Science” and sends “role models” into high schools when students choose their future fields of study. This has encouraged more young women to choose scientific fields of study! Gandi has invested in career guidance for young people via Job IRL and through their support of Django Girls, but we can also participate in career guidance events.

Gandi is highlighting the great women who work on our teams. On this special day, treat yourself by getting strated, the world of software development is waiting for you! If you are a future coworker of Chrystelle, Maha, or Sophia, feel free to send your unsolicited application or answer one of our posts on https://gandi.jobs.