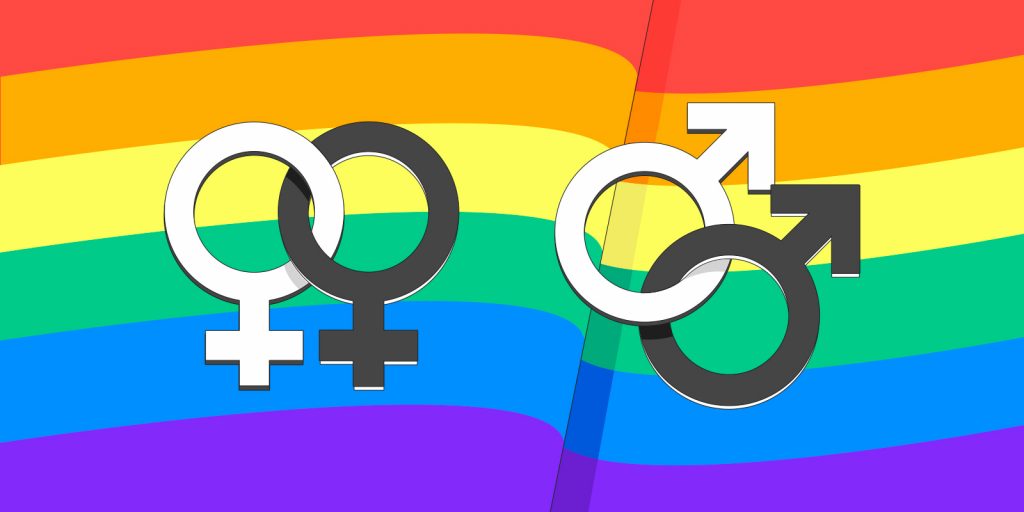 The International Day Against Homophobia, Transphobia and Biphobia is celebrated May 17, and provides us with the opportunity to highlight .gay, the top-level domain (or extension) that’s more than a domain ending. Today, we’re shining a spotlight on the specifics of .gay—the domain ending for engagement with the LGBTQ+ community.

ICANN (Internet Corporation for Assigned Names and Numbers) decided in 2011 to significantly increase the number of generic top-level domai names (gTLDs), offering possibilities to numerous special interest communities and professional groups to have their own domain names. But few registries in charge of these TLDs decided to put as much care into supporting their community as Top Level Design did with the .gay domain ending since September 2020.

Choosing this domain extension may be, as with any other gTLD like—.immo, .game, or .bio—motivated by a desire to indicate the audience you want to attract with your site in the address itself.

But .gay is not just a tool for differentiation for the LGBTQ+ community. It’s also and above all a means to express yourself in a safe environment and to concretely participate in the fight against the discrimination this community faces.

Launched in 2020, 50 years after the first Pride Parade, .gay is intended to be engaged, militant, and join, in its own way, in the decades of struggles for visibility of gay, lesbian, bisexual, trans, and queer people.

Speaking to the LGBTQ+ community with a .gay domain name

Choosing a “.gay” domain name to launch your site is not just a way to reach a specific community, as with a geographic domain name. Choosing .gay implies certain commitments.

The first function of this gTLD is, of course, to show support for speaking to the LGBTQ+ community. Organizations fighting at all levels for the rights of gay, lesbian, trans, and queer people can show their commitment up front with an explicit domain name.

But this TLD is also an opportuniy for businesses wishing to show their support for or concretely present themselves as allies, or just promote their initiatives in favor of diversity, equity, and inclusion. To support its launch, Top Level Design convinced several prestigious brands to register their .gay domain names and show that it was not reserved to political activists, but that it can be used by brands in any sector to engage with the LGBTQ+ community.

A .gay domain name to build a network

The registry for .gay didn’t stop at making this particular domain name available to the public but is also making efforts to promote interactions different users of “.gay” domains: a blog, a newsletter, an activity supported on social media, a directory, and the highlighting of certain sites that offer original ways to reach the community. Top Level Design has even developed a web series, “The Library” to give voice to members of this community and show the diversity of their lives.

Use .gay to enjoy a safe, “.gay cares” space

Since 2011, different groups came together to support the creation of this gTLD. Dot Gay Alliance and dotgay LLC put “.gay” among the 84 “community” domain ending, to use ICANN’s terminology. Top Level Domain, the registry also in charge of “.wiki” and “.ink,” has positioned itself since 2012 on this TLD and took the time to gather input from the community so as to best meet its needs. This research proved key since the online space and members of the LGBTQ+ community have both developed significantly since 2011, and “.gay” today is no longer subject to the same expectations as in 2011.

This consultation has demonstrated that the laws in effect were considered insufficient for effectively combating homophobia and hostility towards the LGBTQ+ community.

For lack of an efficient way of taking action on all websites, .gay requires sites registered in this domain to respect a set of basic rules and reserves the right to take immediate action against sites that violate these rules, particularly suspension of the domain name. To compensate for the impossibility of following, in real time, the content of all registered domain names, Top Level Design provides a specific email address that can be used to signal violations of this code of conduct: inciting violance against LGBTQ+ people, online intimidation, harassment—including online harassment, stalking, hate speech, etc.

It’s Top Level Design’s intention to open the TLD to everyone, except groups identified as hostile to LGBTQ+ communities, and to verify that behavior remains respectful rather than drastically selecting upstream, by a registration condition or prohibitive costs.

The support provided by the registry, then, includes providing a safe environment for expression oneself, but also takes more concrete forms.

From its launch, .gay was offered for free to non-profit organizations that work in or for the LGBTQ+ community. As such, GLAAD (Gay and Lesbian Alliance Against Defamation, founded in 1985) and Centerlink (LGBT organization created in 1994 covering more than 250 centers around the world) were immediately provided with a .gay domain name.

It was also possible, for any internet user offering useful resources to the LGBTQ+ community, to make a request for a free domain name, under the auspices of the “.gay community resource program.” This was provided for a year, at the end of which the requestor can either request a renewal of their request to the program, or to renew the domain name under the normal pricing.

Besides these free domain registrations, comprable to what Gandi offers as part of its Gandi supports program, the .gay registry offers a program unprecedented in the sector: 20% of revenue generated by the creation of new .gay domain names is given back to LGBTQ+ organizations to allow them to help communities and confront various problems.

In that way, .gay isn’t just a commercial opportunity for businesses on the internet to reach members of a community. The registry responsible for this TLD has made it, following a close consultation with its members, the means to consolidate the community, offer them a safe space for conversing and providing the means, including financial, to those who fight for the recognition of the rights of LGBTQ+ people.

Are you ready to create your .gay? See if your domain name is available.

Learn more about Gandi’s support for this organization which provides equitable, local agriculture for the common good.

UBPorts is a community that supports an open-source operating system alternative to the big five tech companies.