Skip to content
The Gandi Community Updates and releases 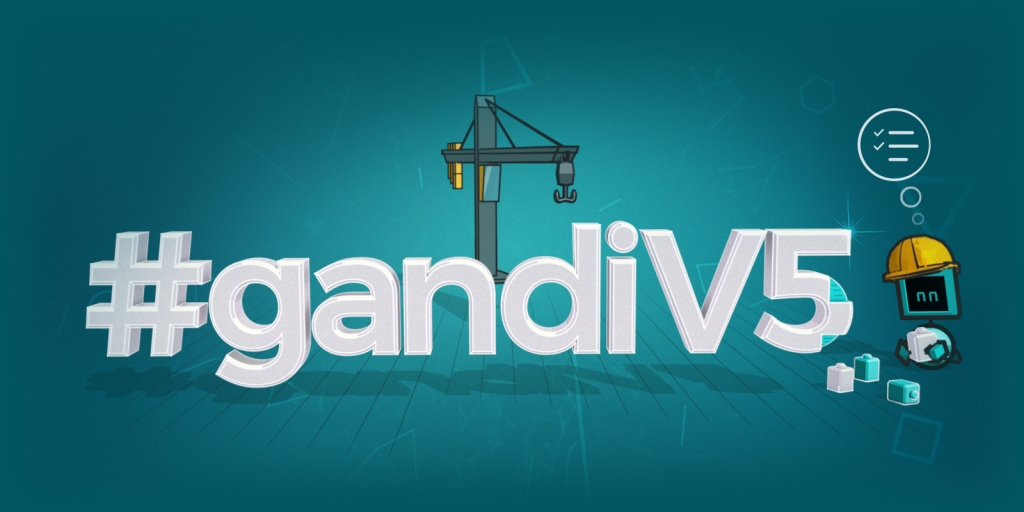 Well, there you have it, folks — 2017. A little less than a year ago we announced that 2017 was going to be a big year for us, and that prediction turned out to be true. Starting in January, #gandiv5 has been gradually rolling out as the default website in new countries and improving along the way. But we won’t lie — 2017 was also a tough year.

Motivated by the fact that we’d patched up and fixed v4 about as much as it could take, we made the decision in 2016 to build a new platform from the ground up: a modern, efficient platform that better met the needs of our present and future customers, directly and indirectly.

For better or for worse, the exigencies of the marketplace led us to rethink and reinvent much of our business, without losing the confidence of our customers, all while trying to preserve the quality of services and upgrading the underlying infrastructure deployed across three continents.

We knew that would be quite a gauntlet to run, and we’d be dishonest to say we didn’t come away from it totally unbruised: we lost some good employees that have proven hard to replace, disappointed some of our favorite customers with an apparent inability to react quickly enough to respond to their specific needs.

And while we know now that the hardest days are behind us, we’re aware that our work is not yet complete if #gandiv5 is to live up to our expectations and yours. Our decision to deploy a minimally viable product that at first met only the most basic needs, with a constantly improving, battle-tested UX and a growing number of functions and services gradually blinking on over the months was not one that was always understood, and it caused a lot of difficulties and frustrations, even within Gandi.

But we are nonetheless proud to have seen our global team rise to the challenge and help clear the way for a smooth transition in to a new era. Whether in Paris, Luxembourg, Taipei, or San Francisco, the entire Gandi team leapt into action, each in their own way. And in the process our teams collaborated, adapted, and helped each other more than ever, so that we can continue to offer you to level of service that you expect from us.

Our Customer care team in particular has been especially taxed during the last few months and has nonetheless assured an exemplary level of service given the circumstances, and continued to remain an efficient, well-oiled machine despite the challenges.

Our technical teams have guided us through data center changes and the creation of a new infrastructure, all while minimizing downtimes and maintaining consistent performance levels and our Dev teams are in the process of deploying a new interface that corrects the numerous challenges on the current #gandiv5 interface that we are now all too familiar with. And on that note, we should thank you for your feedback, which has served to reinforce our resolve when positive, and rethink our approach when not.

The year 2017 was tough, then, and you probably noticed as much already. What we’d like you to take away from this, though, is that we’ve drawn a lot of meaningful insights from the experience, which we’ll use to drive us forward in 2018 when we’ll set out to perfect the new interface.

In the meantime, we’ve hired — and are hiring — front and back end developers, support agents, and OPS and we’ve fleshed out and reorganized our managerial team in order to assure that all our teams are in tip-top shape and so that we can continue to deserve the trust you’ve given us for the past 17 years.

For now, keeping checking this space as well as our other communication channels! We’ll be sending and posting updates on what we’re up to, the challenges we’re facing, and new technical solutions that we’ve deployed, and we’ll be bringing you periodic updates from our teams in the trenches, so to speak, as well. Stay tuned as well for when we announce meet ups that are to come, when we’ll have the chance to meet face-to-face over a pint or a soda or whatever your drink of choice.

In closing, thank you for your ongoing trust this year. Happy New Year!